The Water Buffalo Song is the first Silly Song with Larry.

(Larry smiles as the music begins)

Larry: Everybody's got a water buffalo

Yours was fast but mine was slow

Oh where'd we get them, I don't know

I took my buffalo to the store

Got his head stuck in the door

Spilled some lima beans on the floor

The Announcer: This has been Silly Songs with Larry. Tune in next time to hear Larry sing:

Larry: Everybody's got a baby kangaroo

Yours is pink but mine is blue 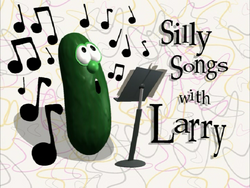 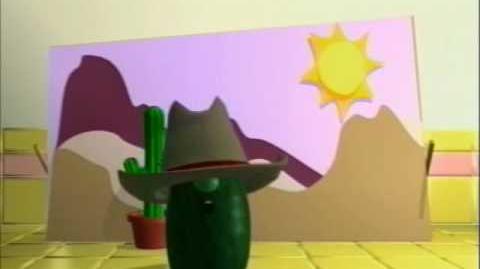