Reginald is Jonah's camel that appeared in Jonah: A VeggieTales Movie.

He re-appears as a main character in The Little Drummer Boy, where he is now named Joshua. He follows Aaron as he runs away to be away from people. Later in the episode, Ben sells Joshua to the three magi so he can have some of their extra myrrh. 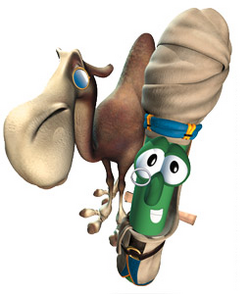 Retrieved from "https://bigidea.fandom.com/wiki/Reginald?oldid=181808"
Community content is available under CC-BY-SA unless otherwise noted.