Professor Wordsworth is a professor and meteorologist at the Space Colony Doublewide.

Wordsworth was one of the last Doublewideans to evacuate the colony due to the fact he wants to study the doom funnel's strength. When the Rockhopper crew heard about the trouble, they arrived to rescue everyone, only to find out that everyone was gone. That is, until Fidgel received a call from the Professor. Fidgel told him to get in the ship for safety, but the professor refused to because he wanted to study the vortex. He persuaded Wordsworth when he told him that they got upgraded scientific instruments (one of them being a dual panel broad wave transponder) thanks to BING. Regardless, Wordsworth didn't want to leave his home, as he needed to study the vortex so his people can survive. After BING helped stop the doom funnel from causing more havoc, Wordsworth saw the destruction of the space colony and felt sad that his home is now destroyed. He eventually got his frown upside down after Kevin decided to let him use BING, so he won't feel homesick, and to also help rebuild the colony before his people come back.

He later appear in the song Spaceship Drivin' Man as one of the citizens who needed help Big Midge passed.

Like Fidgel, he is a keen for studying anything scientific (doom funnels, in this case). He seems to very protective of his home, and would refuse to let go if anything happens to it. Some of the other Doublewideans stated that he's somewhat mad, though he doesn't agree. 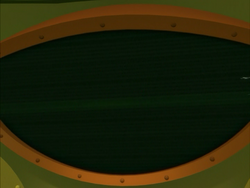 Retrieved from "https://bigidea.fandom.com/wiki/Professor_Wordsworth?oldid=49550"
Community content is available under CC-BY-SA unless otherwise noted.