"The Bible says we should love our enemies.
Love? Love our enemies?
Everybody can't go around all the time trying to get even. That would leave the whole world in a mess!"
— Marten

The main feature is a parody of the Indiana Jones films, specificity "Raiders of the Lost Ark". 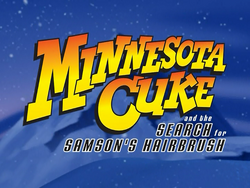 Retrieved from "https://bigidea.fandom.com/wiki/Tomato_Sawyer_and_Huckleberry_Larry%27s_Big_River_Rescue/Gallery?oldid=8574"
Community content is available under CC-BY-SA unless otherwise noted.