Kevin is a member of the Rockhopper's crew from the Federation.

He trained at the Academy on a full-ride drum scholarship and spent most of his time there in the band, where his assigned rank was airman 3RD class instrumental specialist.

This led to his mistaken assignment to the Penguin space crew when somebody at the Federation apparently thought that Kevin's instrumentally specialist meant that he was good at reading instruments, not playing them. Nonetheless, he has made special contributions to each and every penguins' mission.

Kevin is the ship's...Kevin. He is somewhat ignorant. A lot of times he will answer questions and save planets without even knowing he could. One time, Kevin proved he had the ability to speak to aliens who don't speak English. This was expanded later when Kevin could understand what B.I.N.G. was saying. This trait was also shown where Kevin can talk to the invading ants on Rigel 13. He even knows how to pilot the Rockhopper when the rest of the crew were captured by Cavitus.

Kevin remains a favorite of fans due to his funny one-liners and silent personality.

Kevin is a Emperor penguin. He has a large shape with proves to be very bouncy and as if he was a extra-large chew toy. It turns out that Kevin is rather flexible due to this trait.

Kevin appeared in every episode of 3-2-1 Penguins! 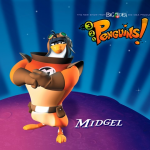 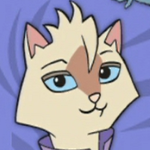 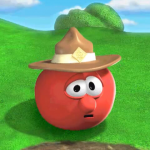