Jam Filled Toronto (formerly known as Arc Productions, Starz Animation Toronto and DKP) is a CGI and visual effects company based in Toronto, Ontario, Canada who helped animated some of Big Idea's projects.

They first helped out for the remaining original episodes of 3-2-1 Penguins!, and later animated the VeggieTales episodes from 2003 through 2007 after they moved to Franklin, Tennessee.

They also animated their second feature film The Pirates Who Don't Do Anything.

Arc has provided animation for the films "Gnomeo & Juliet" and "Everyone's Hero" and visual effects for films like "Dolphin Tale". The company is also the current production team for Thomas and Friends after transferring from Nitrogen Studios.

As seen on A Snoodle's Tale

As seen on Sumo of the Opera, Duke and the Great Pie War, Minnesota Cuke and the Search for Samson's Hairbrush, Lord of the Beans and Sheerluck Holmes and the Golden Ruler

As seen on Moe and the Big Exit

As seen on The Wonderful Wizard of Ha's 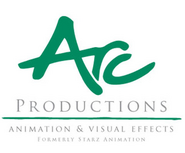 Add a photo to this gallery
Retrieved from "https://bigidea.fandom.com/wiki/Jam_Filled_Toronto?oldid=208542"
Community content is available under CC-BY-SA unless otherwise noted.