"The piano must go up!"
— The segment's catchphrase

Going Up! is a short film that was seen in Sumo of the Opera. It is done in the style of Laurel & Hardy mixed with the Three Stooges.

Mr. Nezzer is delivering a piano that's needed at Madame Blueberry's mansion. His three workers, Larry, Jerry, and Mr. Lunt wanted to sit in the front. But Nezzer tells him they can't sit with him.

The three discovered the place is at a very high staircase. They managed to get there with no trouble, but then the piano rolled down all the way back to the bottom. Jerry decides to quit, but the other two decided to continued on. Just as they're carrying the heavy piano, Mr. Lunt gets distracted when he sees a penny on the staircase. This causes Larry to roll backwards, almost landing both him and the piano at the fountain. While that was happening, Jerry and Mr. Lunt used the penny to buy some ice cream for themselves. Larry, not pleased, decides to carry the piano by himself with it on his back.

Tired, but triumphant, Larry manged to carry the piano by the door entrance. Madame Blueberry was happy that her piano is delivered and called Larry her hero, making Larry proud, but also blushed. Downstairs, the other two were sleeping, and Nezzer wasn't pleased that his workers were slacking the job. However, Larry comes down with a kiss on his cheeks. Jerry and Mr. Lunt were shocked, but Nezzer just remained stoic, and told Larry that he can sit in the front with him since he's done his job. While Larry was proud and got to sit in the front, the other two still sat in the back. 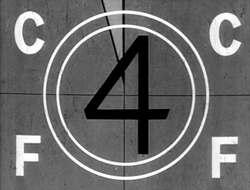 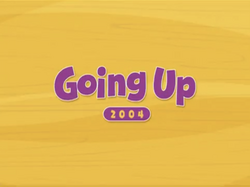 Retrieved from "https://bigidea.fandom.com/wiki/Going_Up!?oldid=211001"
Community content is available under CC-BY-SA unless otherwise noted.