Englishman with an Omelet is a VeggieTales video that was exclusively released in multiple different countries outside of North America. 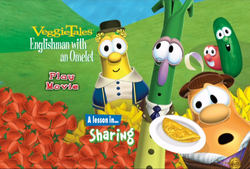 Retrieved from "https://bigidea.fandom.com/wiki/Englishman_with_an_Omelet?oldid=209635"
Community content is available under CC-BY-SA unless otherwise noted.