Dance Of The Cucumber.

3m 19 seconds
Dance of the Cucumber is the third Silly Song with Larry. It was featured as the "Silly Song" in the fourth episode, Rack, Shack and Benny.

Announcer: And now it's time for "Silly Songs with Larry," the part of the show where Larry comes out and sings a silly song. Larry will be performing the traditional Argentinian ballad, "The Dance of the Cucumber", in its original Spanish. Bob the Tomato will translate.

Bob: "No comprendo?" I'll show you "no comprendo!"

Junior: Mom! Dad! Look over here! Get a picture of me next to the cucumber in authentic Argentinian garb!

Dad: Okay, Junior, but we'd better hurry. I think the dwarves have your mother confused with someone else.

(Junior’s mom is chased by dwarves)

Bob: Alright, that's it, señor! Come over here and let me sing you a song!

Announcer: This has been "Silly Songs With Larry". Tune in next time to hear Larry sing ...

Larry: Bob is really angry. I hope he doesn't catch me. It's so hard to run with this sombrero on my head. 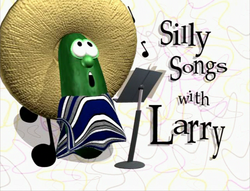 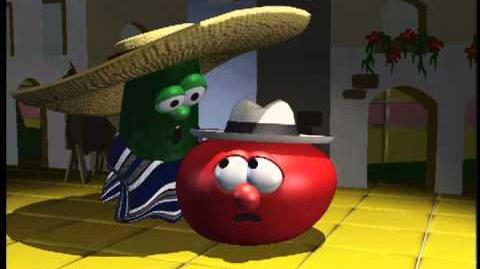 VeggieTales Dance of the Cucumber - Silly Song
Add a photo to this gallery
Retrieved from "https://bigidea.fandom.com/wiki/Dance_of_the_Cucumber?oldid=208685"
Community content is available under CC-BY-SA unless otherwise noted.